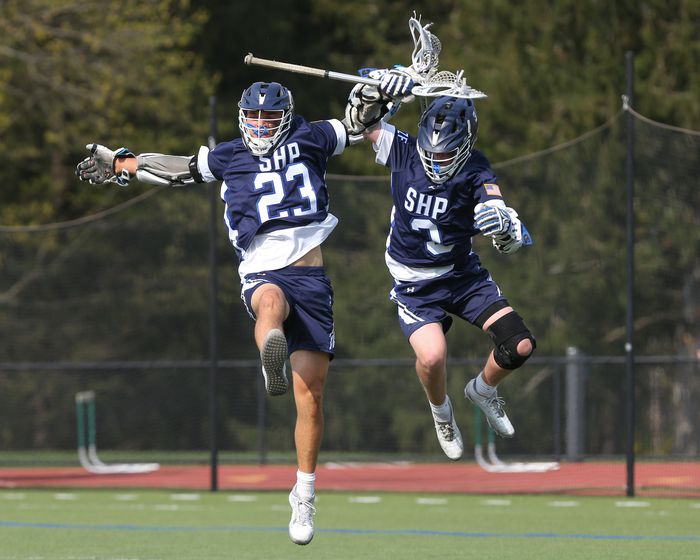 Jack Dunleavy (3) and Seton Hall Prep had a lot to celebrate Wednesday after a rout of rival Delbarton. Photo courtesy of NJ.com.

“The focus is on playing more as a unit more than Me Ball. We play team ball,” Dunleavy told Mike Kinney of NJ.com. “If we keep playing like that, we know it’s gonna take us really far.” 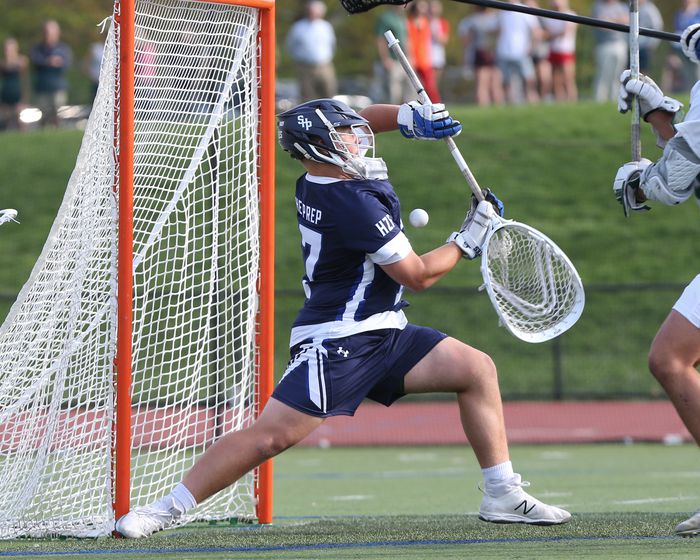 ’22 Kevin Agnew paired two goals with an assist and ’21 Will Ferraro (Providence) tacked on an assist in the win.

’21 Colby Plotts (Utah) continued his absolutely bonkers start to his senior year. The LSM tallied his second straight hat trick to go with two assists, eight ground balls and a faceoff win. He has 34 ground balls and 12 points in four games.

’22 Christian Bockelmann (Yale) led the Bulldogs’ rout with a casual four-goal, two-assist day. His brother, ’23 pole Matthew Bockelmann, tallied once in the win.

’22 James Haley snapped home a hat trick to pace Westfield in a battle of two of the best teams in the state. ’22 Cullen Decker countered with Chatham’s lone goal.

’24 Rob Tyra continued his torrid start to the season with three goals, two assists and four ground balls for Johnson.