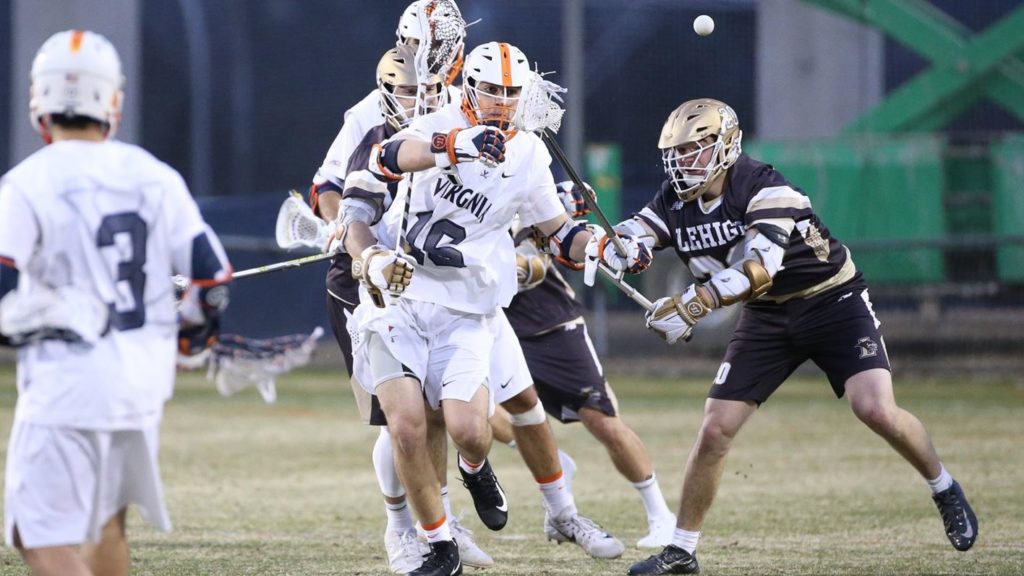 Avoiding any and all Leading Edge alums by way of Chatham was easier said than done this weekend, but going near either ’17 Kyle Kology or ’18 Chris Conlin was an exercise in futility and frustration for attackmen.

Kology was the backbone of a stingy Virginia defense in a 12-8 win over Lehigh as he caused a whopping five turnovers and corralled seven ground balls. Conlin wasn’t far behind in Holy Cross‘ 10-9 win over Vermont with four caused turnovers, including a game-sealing one as time expired, and three ground balls. 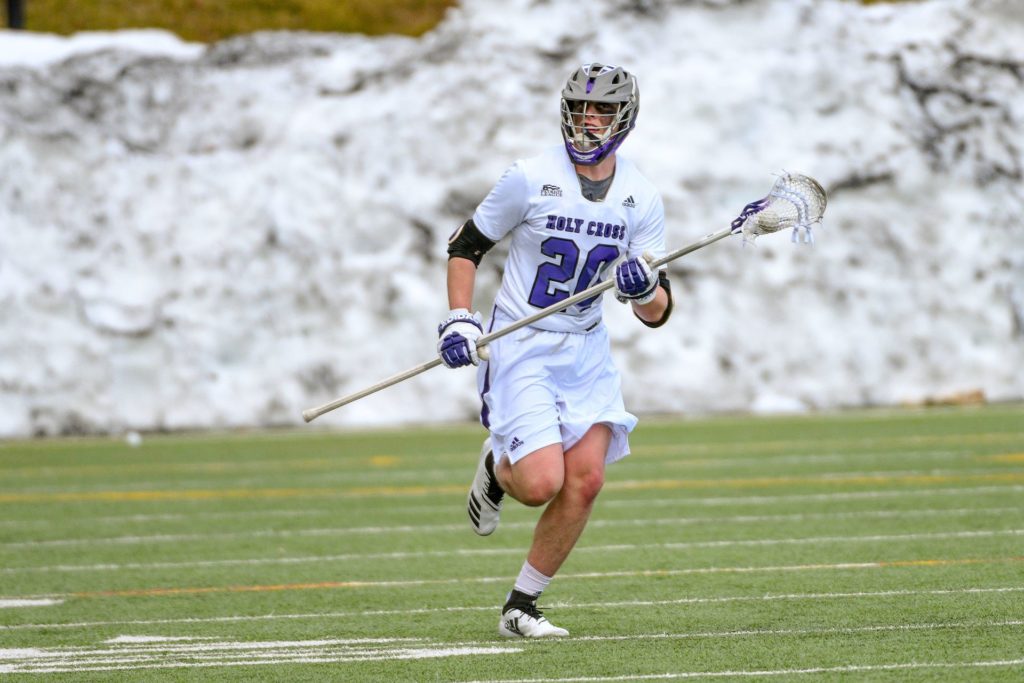 “Our young defense, really kind of spearheaded by Kyle Kology and his decision-making. He [Kology] made some really good decisions on when to slide, when to support the dodger and changing some slides at times. It’s really a credit to Kyle and the rest of the defense working together,” Virginia head coach Lars Tiffany said.

’16 Sean Leahey (Seton Hall Prep) was equally as dominant at the other end of the field, torching Bryant for three goals, two assists, three ground balls and a caused turnover.

’18 Griffin Westlin (Seton Hall Prep) helped the Irish kick their season off with a bang on the strength of his one-goal, two-assist, one-ground ball effort, while ’17 Connor Morin (Morristown-Beard) also popped a goal as Notre Dame rolled.

’17 Brian Tevlin (Seton Hall Prep) set up a goal as the Bulldogs pulled away from the Wildcats despite a Herculean effort from ’15 Connor Kirst (Delbarton/Lawrenceville), who scored four times to go with an assist, two caused turnovers and a ground ball. ’17 Corey McManus (Summit) also had a big day for ‘Nova with a hat trick and an assist, while ’18 Will Vitton (Summit) stopped five shots in the Wildcats’ cage.

’16 Kevin Quigley (Ridge) splashed home a goal and grabbed a ground ball as the Blue Devils won a matchup of two top-1o teams.

’19 Liam Rosenthal (Central Bucks East, Pa.) made a pair of saves in relief and gobbled up a ground ball as the Colonials opened their season in style.

Chris Kirschner scored his first career hat trick on Saturday against Jacksonville. He is tied for the team lead with seven goals and is the @BIGEAST Freshman of the Week. #WeAreMarquette

’19 Chris Kirschner (Immaculata) buried a hat trick and added a ground ball for the Golden Eagles en route to being named Big East Freshman of the Week.

’16 Owen Colwell (Westfield) caused a turnover and had a ground ball for the Blue Jays, who also got six faceoff wins and four ground balls from ’17 Kyle Prouty (New Egypt). ’17 Jared Reinson (Montgomery) collected a loose ball for Hopkins.

’17 Andrew Robbins (Ramapo) sniped a pair of goals for the Leopards, while ’18 Ryan Kirkwood (St. Peter’s Prep) chipped in a couple of ground balls.

’17 Jack Kiernan (Ridgewood) paced the Saints with a pair of assists and two ground balls.

’16 Drew Robshaw (Mendham) sniped a goal for the Quakers.

’19 Matt Karsian (Ramapo) snared a ground ball for the Hawks.

’17 Jack Anderson (Mendham) secured a ground ball for the Hawks.

’16 Kyle Myers (Johnson) helped the defending national champions start their season with a win by picking up a ground ball and causing a turnover.