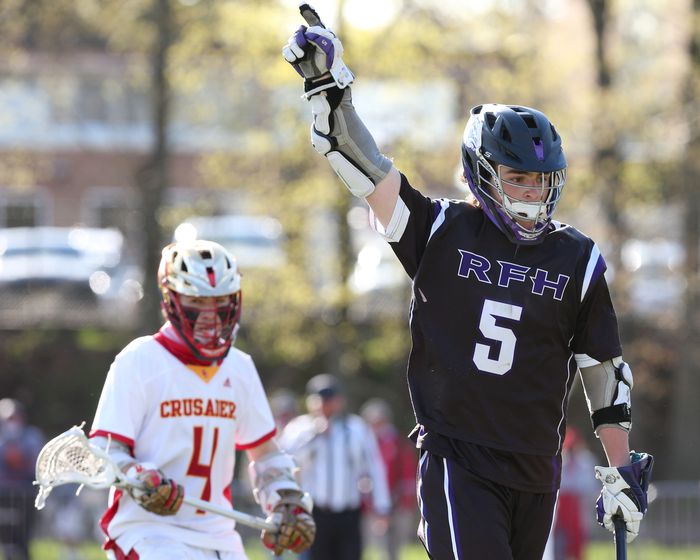 Rumson-Fair Haven is already a problem.

“We were able to move the ball around and attack short sticks, which was our plan coming into the game. We knew we could win those matchups and we executed,” the elder Bockelmann, a Yale commit, told Mike Kinney of NJ.com.

’22 Luke Engelke was decidedly not messing around for Pingry. The Duke commit won 12 of 14 faceoffs, scooped up 10 ground balls, scored a goal and set up another in the win. ’21 defenseman Kevin Parnham (Penn State) spearheaded a stingy defense with two ground balls and also tacked on an assist. ’21 Cal McPherson (Holy Cross) snagged two ground balls in the win.

’21 LSM Colby Plotts (Utah) did everything he could for Sparta, winning four of six faceoffs, grabbing seven ground balls and scoring a goal.