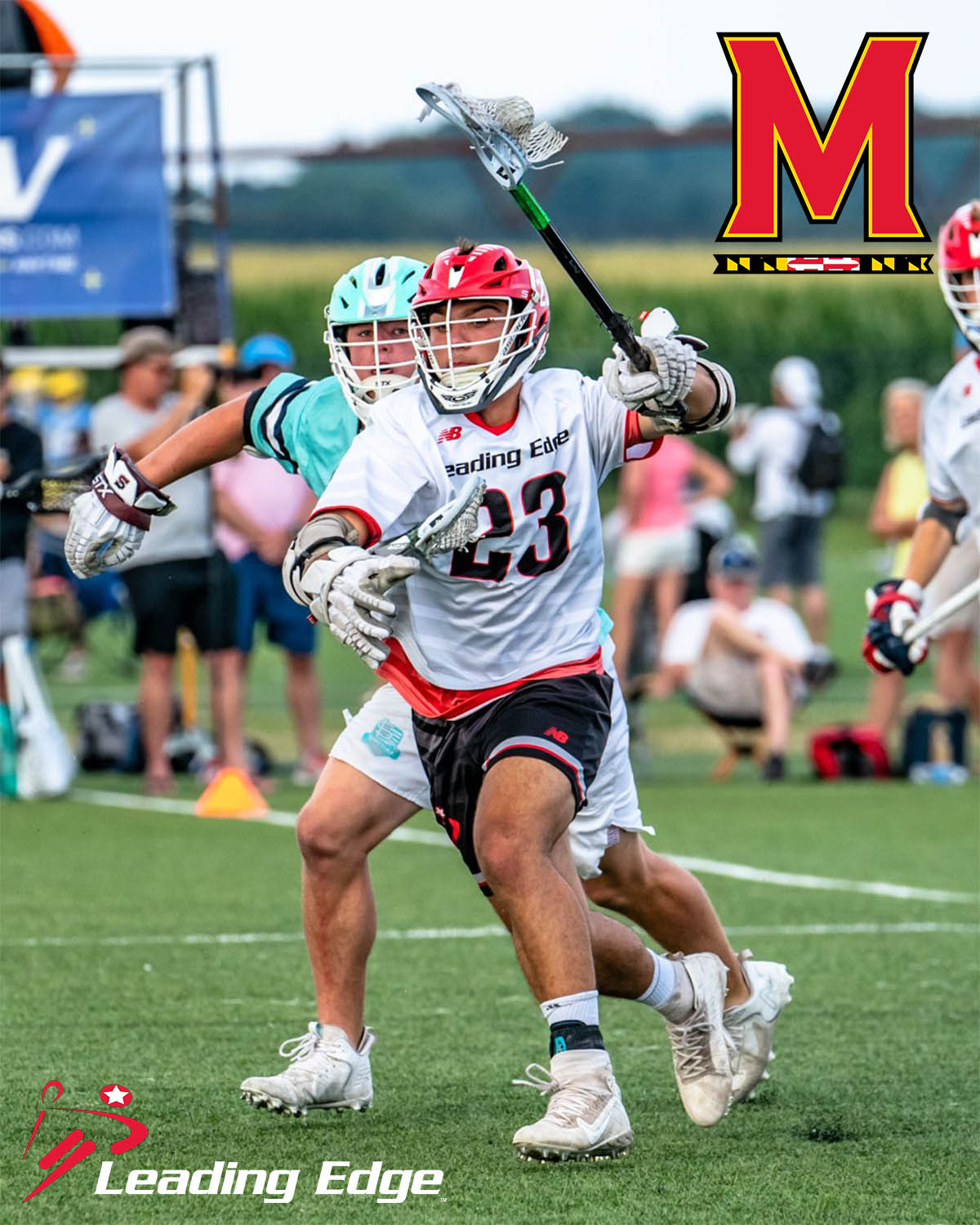 It didn’t take very long for Maryland to show how badly it wanted Sean Creter.

The Leading Edge 2023 faceoff midfielder by way of Hunterdon Central had the Terps high on his list prior to Sept. 1, the first day that non-service academy schools were allowed to reach out to players in the ’23 class. Still, there’s always some uncertainty for players when they don’t know where they stand in a school’s pecking order.

Creter found out right away where he stood.

“(Terps head coach) Coach (John) Tillman FaceTimed me right after midnight on Sept. 1, and I was super nervous because it’s Maryland and such a big-name school,” Creter said. “After talking to him, I just got to know him and he’s a great guy and a great coach, and he made me feel like Maryland was the place for me.”

Tillman and his staff have a lot going for them in selling Maryland, and Creter quickly realized that College Park was the place for him.

“There are few programs that have the success and popularity of Maryland, so I was really drawn to it,” Creter said. “I loved going around the campus. I loved Coach Tillman and it’s a great fit. The culture at Maryland is on another level and it’s something of which I wanted to be a part. I wanted to go to a school where I could win a national championship and I want to be around guys that have the same mentality. Everyone there is a hard worker and I loved that.”

Creter became the first player in Maryland’s ’23 class and the first Leading Edge ’23 to verbal. Attackman John McCurry (Wall / Navy) and LSM Matt Bockelmann (Rumson-Fair Haven / Brown) have since joined him. Creter is ranked No. 50 overall in the class and a four-star recruit by NLFRankings.com, and Inside Lacrosse also tabbed him as a four-star recruit.

“When I went to Maryland, I just got that feeling that this is the place for me,” Creter said. “The guys at Maryland were amazing. They made me feel like I fit in. I want to study business management and it’s a great place for me to study that.”

Creter’s been a mainstay at Leading Edge since fourth grade. He started his career as a pure midfielder, but he didn’t start to really face off until a teammate got injured. At his first tournament as a faceoff guy, he won more than half of his draws, which helped Creter realize that he might have a future at the faceoff stripe.

“I started facing off more regularly and getting better, then I started to work on it at Leading Edge and with The Faceoff Academy and Faceoff Factory,” Creter said. “When you’re at Leading Edge, you go against the best competition. There’s no better competition than the NLF and Leading Edge. You’re either good or you don’t play, so you’re forced to be good. Since I was a midfielder, I was able to handle the ball and I could stay on the field to develop my skills while still facing off.”

‘23 Sean Creter (@HC_Lax) with the rip at Terp Classic. pic.twitter.com/YOHyAaVBy3

Face Off, Stay On, Score Goals

That midfield background has paid major dividends, and it’s a huge reason why Creter was one of the most highly-recruited faceoff middies in the class. He’s a cut above most, if not all, of his peers at both winning faceoffs and handling the ball after the win. He put forth a 26-goal, six-assist sophomore campaign in Hunterdon Central’s run. Playing Leading Edge’s schedule, perennially among the toughest in the country, sharpened him, too.

“Leading Edge is the best program and one of the best in the country,” Creter said. “When you’re there, you’re set to a high standard. Going against the top competition automatically makes you get better.”

Leading Edge director Chris Roy has seen Creter show the world that he’s an elite faceoff midfielder for years, so it’s no surprise that Creter will help one of the best teams in the country as it competes for Big Ten and national championships.

“Sean is the kind of faceoff middie that everyone wants these days,” Roy said. “He’s very technical and he’s dedicated to his craft of winning faceoffs. He can also push the pace off the win, stay on the field to play midfield and he scores a ton of goals. It’s not often that you see a faceoff guy who plays man-up, but Sean is such a presence as a shooter that defenses have to account for him at all times. Coach Tillman and the Terps landed an elite faceoff guy and midfielder. We’re ecstatic for Sean that he found an amazing school and we can’t wait to see what he does as a Terp.”