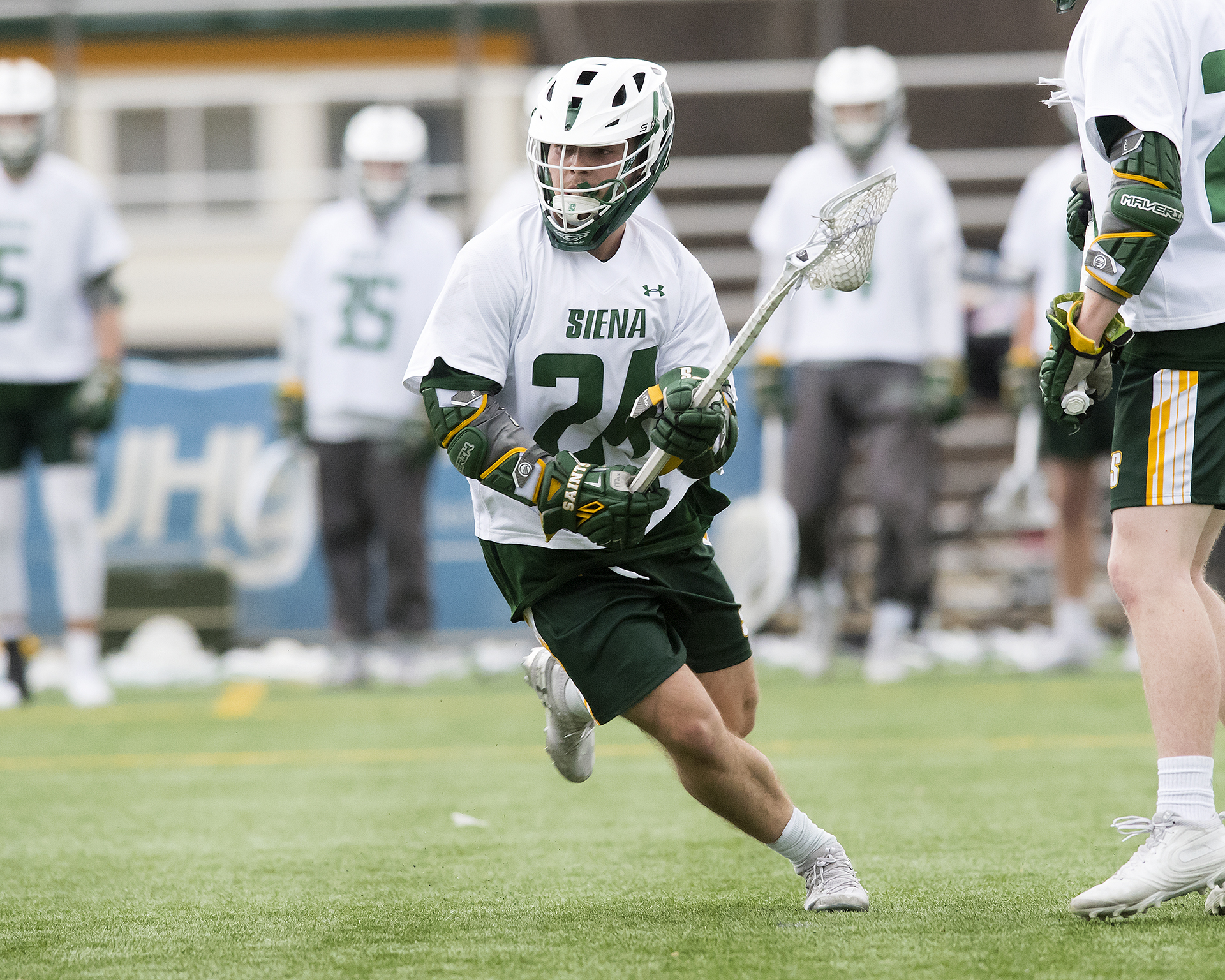 Jack Kiernan made it a point to almost singlehandedly beat St. Bonaventure by himself.

The Leading Edge 2017 attackman by way of Ridgewood was a force for Siena, scoring four times and setting up three more goals to lead the Saints to a 14-11 win.

Kiernan also picked up three ground balls and caused a turnover for Siena.

’18 Griffin Westlin (Seton Hall Prep) set up a goal for the Irish.

How about this sequence!

Jack Aimone puts #RUMLax ahead 5-1 with his second goal of the day pic.twitter.com/IkXjTsFecI

’16 Colin Kirst (Seton Hall Prep) was great in the Rutgers cage with 15 saves and grabbed three ground balls as the Scarlet Knights fended off the Wolverines’ upset bid.

Shayne Grant in transition! Griffin Kology picks up the helper!

’19 Matt Karsian (Ramapo) was front and center for the Hawks with a goal, two assists and a pair of ground balls.

’17 George Grell (St. Peter’s Prep) dished out an assist and ’21 Brandon Bergner (Kent Denver, Colo.) snapped up a ground ball to lead the Bears to a huge win.

’21 Jack Turner (Ridge) helped the Raiders secure the upset with a goal and two ground balls. ’18 Ryan Decker (Chatham) ripped the ball away twice and also scooped up two ground balls for Colgate.

’18 defenseman Pat McIlroy (Westfield) took the ball away once for the Mountain Hawks.

’17 Jack Anderson grabbed a ground ball and caused a turnover for the Hawks.

’20 CJ Kirst (Delbarton) led the win over the Orange with two goals, three assists and a pair of ground balls. The three-time Ivy League Freshman of the Week then added three goals, an assist and a ground ball against the Black Knights.

’19 Brandon Hund (Johnson) caused a turnover for the Tigers.

’18 Ryan Kirkwood (St. Peter’s Prep) had a pair of ground balls and a caused turnover for Lafayette.

’19 Christian Cechini (Apex, N.C.) got in on the scoring with a goal and a ground ball for the Spartans.

’18 Mac Bredahl (Chatham) led the Jumbos’ offensive onslaught with four goals and two assists against Bates. He followed it up with a three-goal, two-assist, five-ground ball day as Tufts held off the Cardinals.

’18 John Farrell (Seton Hall Prep) had a caused turnover for Bates against the Jumbos. He then had a three-caused turnover, two-ground ball, one-goal game as Bates knocked off the Camels.

’19 Tyler Neal (Delaware Valley) paired two goals with two assists in the win over the Fords. He followed it up by handing out four assists to go with a pair of ground balls for the Bears.

’21 Jack Dunleavy (Seton Hall Prep) gave the Bullets a spark off the bench with two goals, an assist and a ground ball in the romp of McDaniel.

’16 Matt Nestler (Chatham) stopped five of the seven shots on cage and added a pair of ground balls to lead the Cavs. ’20 Max Drift (Montgomery) zipped home a goal in the win.